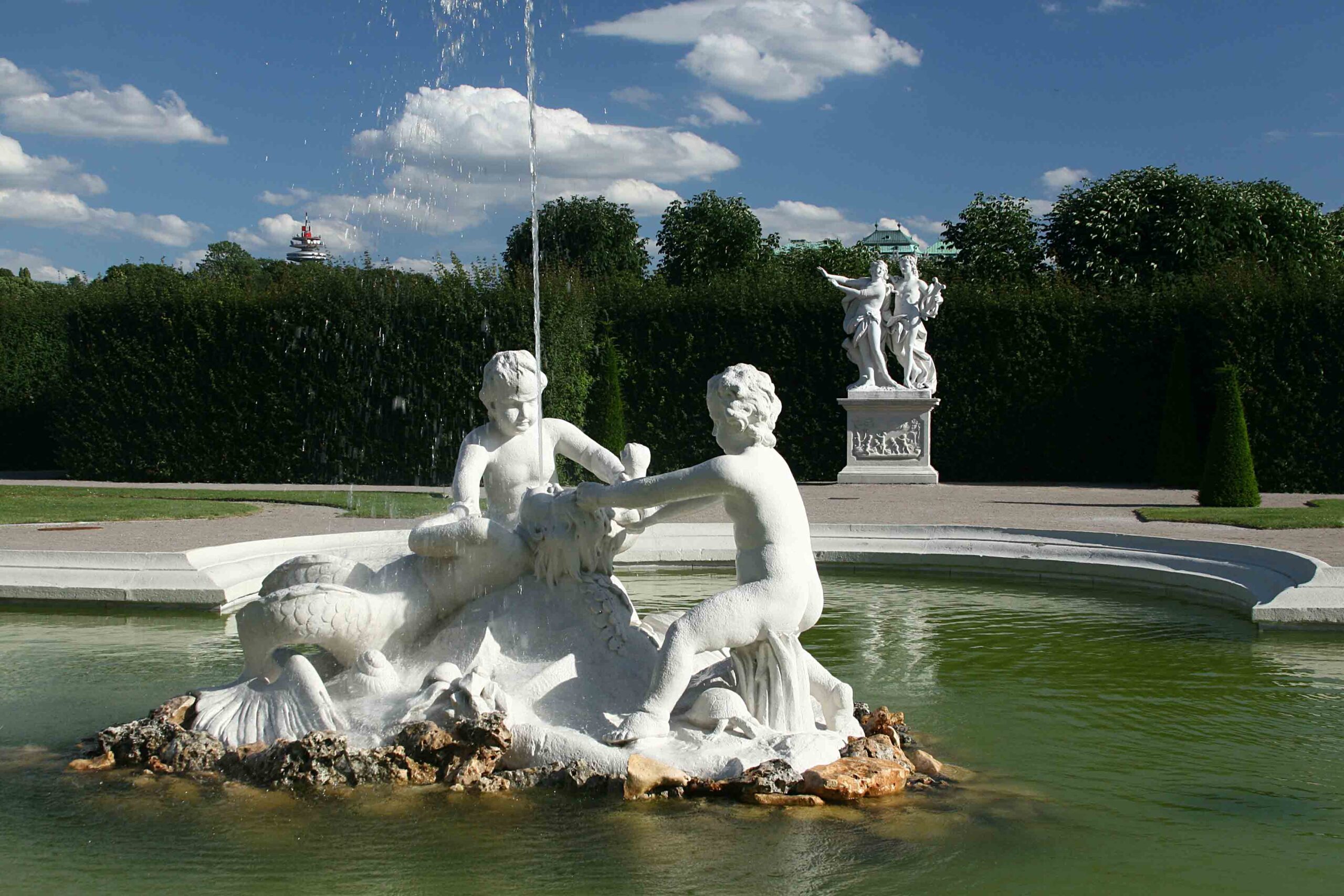 Story and Photos by Lee Daley.

In  all of Europe, only Austria’s capital  rivals Paris for its sensuality.  A generous beauty, vivacious Vienna encourages visitors to indulge themselves fully. Going native means immersing oneself in the city’s physical beauty, its coffeehouses and cafes, magnificent museums and musical concerts  And, of course, this is the city that gave birth to the ultimate chocolate dessert, the Sacher Torte.

While one can’t live on beverages alone, surviving on the the three mainstays of hydration,–namely, water, wine and coffee– can be managed quite pleasurably in this café cluttered capital.    Over lunch on my first day in the city center, I couldn’t help but notice the crystal clear quality of the table water. It fairly sparkled.  When I commented on the refreshing taste , the waiter puffed out his chest and  said,  “Our energizing water flows down from mountain springs  into our city..  We drink it everyday and it’s the best in the world.”

True. Vienna is world famous for its coffee houses and its museums.  Gustav Klimt’s most famous painting, “The Kiss,” resides here in the Belvedere Museum.  But it’s only been in the last ten or so years that Vienna’s local home-grown wines have started to garner gold medals and international attention.

The city is globally unique in being the only metropolis in the world to pursue serious viticulture within its city limits.  More than 700 hectares of vineyards comprise a distinctive ecological and recreational asset for Vienna’s residents and visitors.  The tradition precedes Rome’s occupation.  During the Middle Ages, wine was Vienna’s most important source of income.

Wine taverns called heurigan sprung up in 1784 after the Viennese realized it was cheaper and more entertaining to go to the countryside vineyards outside the inner city walls than to drink it in higher taxed downtown venues.  These taverns on the outskirts have evolved from the simple front rooms of the vintners’ homes into today’s cornucopia of both casual and refined choices.

When choosing  a wine tavern, look for one with a bush or wreath outside the door accompanied by the word, “Ausg’steckt” which validates that the tavern serves only its own wines. Often you’ll find lodging on the grounds as well.

One  widely-respected winemaker, Fritz Wieninger carries on his family’s  tradition of maintaining a  rustic winery   His wine cellars are ensconced next to a lively tavern and outdoor dining garden. where he serves his own wines along with hearty dishes of locally grown food. When Fritz’s mother attended wine college, she was the only female of engineering in oenology in her graduating class.  His father learned, he says, by blending “wine and philosophy. They go well together.” After interning in the United States, Fritz dedicated himself to the production of great international-class wines with a Viennese touch.  He produces elegant Rieslings and his Cabernets have redefined quality standards for Viennese reds.

Another wine tasting opportunity exists at Vienna’s “highest altitude” wine tavern, Stammersdorfer Kellergasses, where the winemaker, Han Peter Gobel, an architect by profession serves some of Vienna’s best reds and a contemporary style buffet in the stylish setting of a saloon or in his idyllic garden.

As Viennese wines become more well-known, another of the city’s signature dishes has continually remained a favorite.  The Sacher Torte is most unusual in that it is the only dish I know of that has a hotel named for it.  The torte itself was created in 1832 when a young apprentice cook , Franz Sacher, was asked to fill in for the main chef of the difficult and despotic Count Metternich.  The count ordered a new dessert for a soiree planned for the very evening that the neophyte cook was on duty.  No one knows exactly how Franz Sacher came up with the recipe.  Rumor has it he consulted with his sister but the heat was on as he had been  ordered by the Count not to embarrass the court.  Thus, the Sacher Torte was born and it was an immediate hit.  Sacher went on to become one of the greatest cooks of his time.

His son, Eduard, followed his father’s work, becoming a purveyor to the Royal Court and then opened an elegant hotel, The Hotel Sacher.  Over the years, many famous people have stayed at the Sacher but two of the most memorable guests were Yoko Ono and John Lennon who held their “Love-In, Be-In”  press conference  wrapped in sheets in a bed that was set up in the hotel’s foyer.

IF YOU GO:  I flew Delta Airlines from San Francisco to Atlanta and then on to Vienna.  Both flights were well-serviced but the non-stop flight from Atlanta to Vienna was one of the best I’ve experienced in several years.  In Business Elite, I enjoyed a leather sleeper-seat with 60 inches of legroom.  The five-course menu, designed by celebrity chef Michelle Bernstein, also included original wine selections and I had my choice of 20 first-run  or classic movies.  Economy class customers, I noted, also enjoyed leather seats, amenity kits, and a complimentary cocktail with each of the meals offered.  Delta, it turns out, is the only US airline operating non-stop service to the heart of Austria. Tel: (800) 221-1212. Website:  www.Delta.com. Where to Stay:  The legendary Hotel Sacher, centrally located right behind the Opera House, with a full service restaurant and the popular Café Sacher.  The hotel’s award-winning spa uses La Prairie products and is known for its calorie-free Hot Chocolate treatments..  Located at Philharmonikerstrasse 4, Tel: +43 (0) 1-51 4560. Website: www.sacher.com. Where to Taste:  Wieninger Winery and Wine Tavern.  Tel: +43  1 290 10 12.  Website: www.wieninger.at.