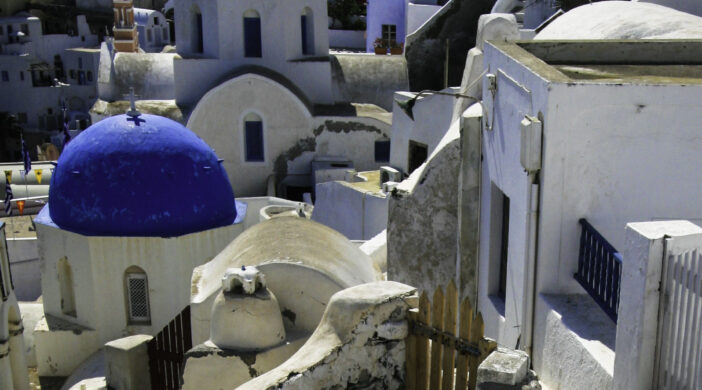 Story and Photos by Lee Daley. 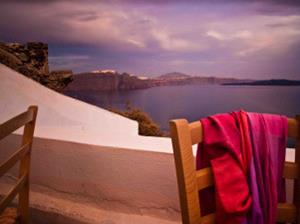 What is it about the Greek island of Santorini that captivates all who visit? It’s easy to credit its beauty to the shimmering blue Aegean, the drama of its white washed cube dwellings built atop one another, clinging to the cliff side, some even built cave-like into it. But inexplicably it’s much more than that. One has only to wander for a day along the winding pathway above the caldera in the village of Oia to sense the fundamental union of elements at play. 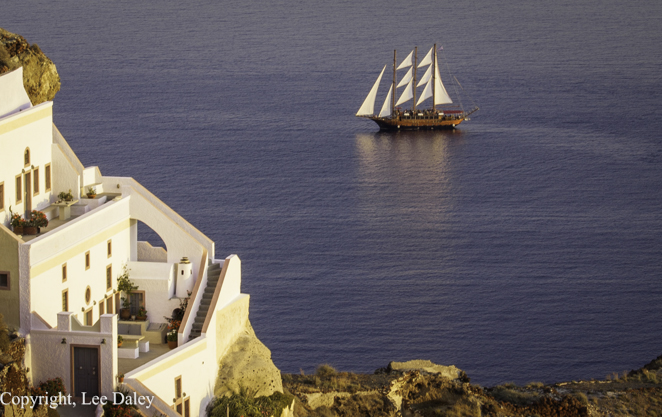 There’s a primal symmetry here, an organic sensuality captured in the rough stone stairways and arches, the heavy hand-hewn wood doors, the classic Minoan pottery, the cool marble walkways. It’s Escheresque and Gaudiesque, yet- unlike these great artists’ works, there is- for those who let it penetrate, a tactile, mystical relationship between the viewer and the view.

Perhaps the primal element that so pervades Santorini goes back to the ancient Minoans who occupied Crete and the surrounding islands.. Archaeologists have found remnants of the Minoan civilization such as frescoes, pottery and temples on Santorini. Some scholars believe the ancient island dwellers were inhabitants of the lost realm of Atlantis, sunken under the sea in a cataclysmic volcanic eruption.. Plato claimed the story of Atlantis to be true and that the mythic city lay out in the Atlantic near the whereabouts of today’s Santorini.

In all of Greece, the mystical influence of the gods lives on. One sees it in the architecture, interior and exterior decorations, the sculpture, even the food and wine. Classical Greek sculptors infused their work with the grandeur and spirituality of the gods and the idealization of the human form. If the legacy of Atlantis lives on, perhaps its spirit explains the magic of Santorini, an island that is truly timeless.